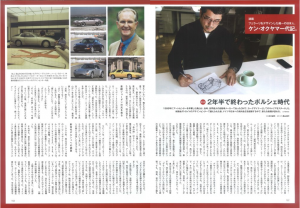 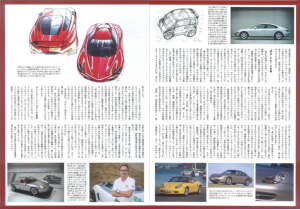 The fifth article of the series  “The Only Japanese Who Designed Ferrari, Ken Okuyama’s Life Story” appeared in the April 2022 issue of ENGINE on sale February 25th.

After four years as a designer at GM (General Motors), Okuyama left GM to become a senior designer at Porsche’s headquarters, and after two and a half years, he returned to GM. The 5th article “The Porsche era ended after two and a half years” introduces his experiences and thoughts at that time, as well as episodes with Grant Larson, a classmate from the Art Center of Design who is still working at Porsche.