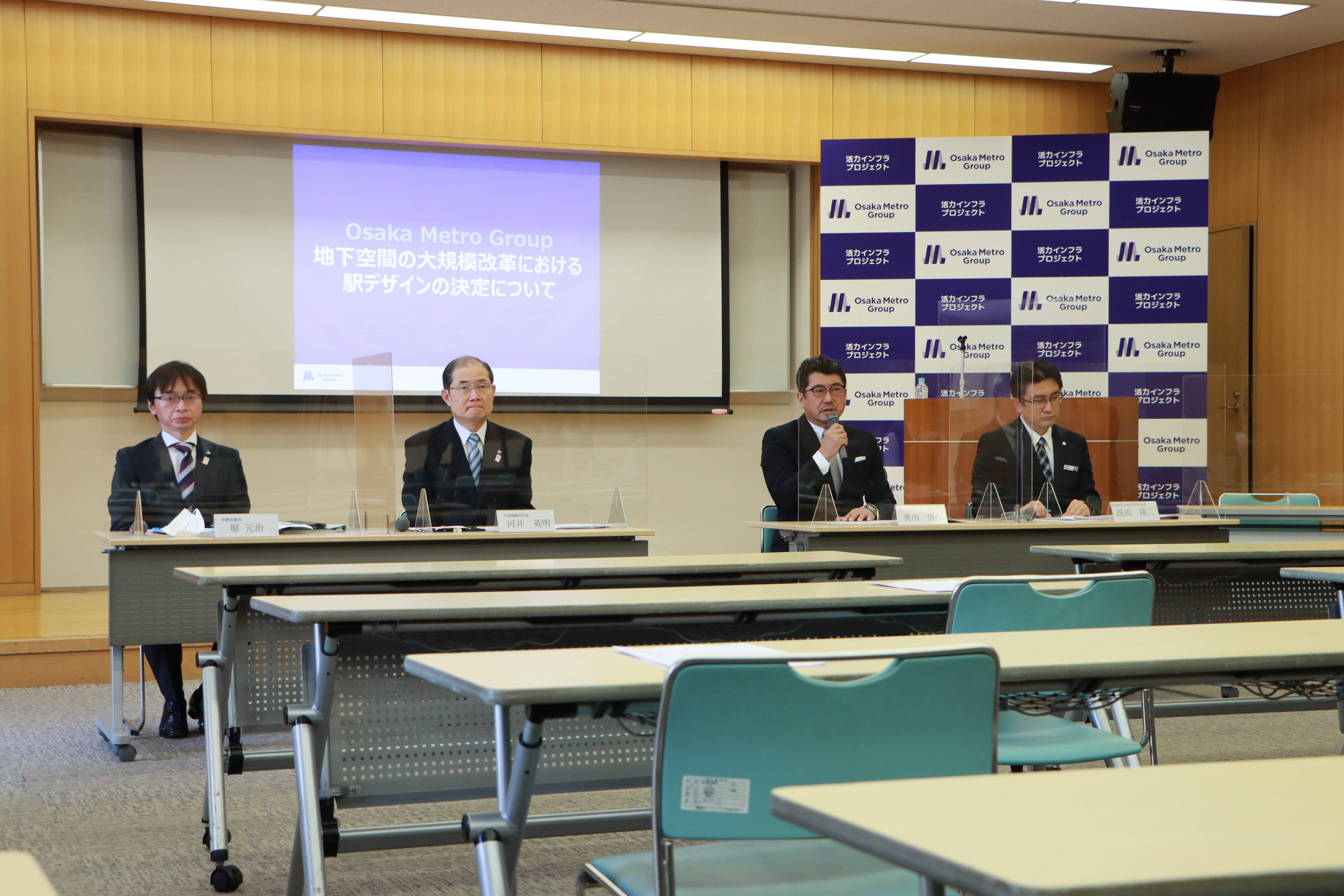 On April 7, Osaka Metro announced the renewal design of the main stations on the Midosuji Line and Chuo Line, which were designed by KEN OKUYAMA DESIGN.
Nine stations were announced: Midosuji Line Yodoyabashi Station, Hommachi Station, Daikokucho Station, Tennoji Station, Chuo Line Osaka Port Station, Bentencho Station, Hommachi Station, Tanimachi 4-chome Station, and Morinomiya Station.
By enhancing attractive designs and functions, we aim to create a space where you can enjoy the station itself. KEN OKUYAMA DESIGN will continue to be supervised as it is scheduled to be completed in sequence for the 2025 Expo.