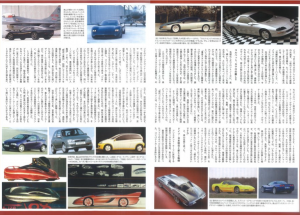 The fourth article of the series  “The Only Japanese Who Designed Ferrari, Ken Okuyama’s Life Story” appeared in the February/March 2022 issue of ENGINE on sale December 24.

In the fourth article, “What I learned in Detroit, GM’s home base,” Okuyama describes how, after graduating from Art Center College of Design, he started to work at GM, the company who offered him a scholarship to attend that university, and was assigned to Detroit, the home base of GM, where he gained experience as a Japanese designer.