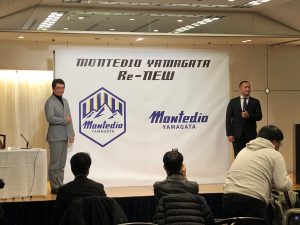 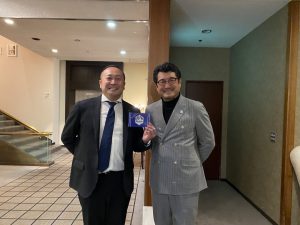 On December 10, J2 Montedio Yamagata unveiled its new emblem and logo, designed by KEN OKUYAMA DESIGN, at a hotel in Yamagata City. More than 100 ideas were submitted for the new emblem and logo, which features a snowflake motif, a hexagon, and three mountains in the center, and the final idea was decided after consulting with President Aida. Speaking at the press conference with President Aida, Okuyama said, “We placed the three mountains of Dewa in the center. This is a way of fully expressing that we are a club from a snow country.”