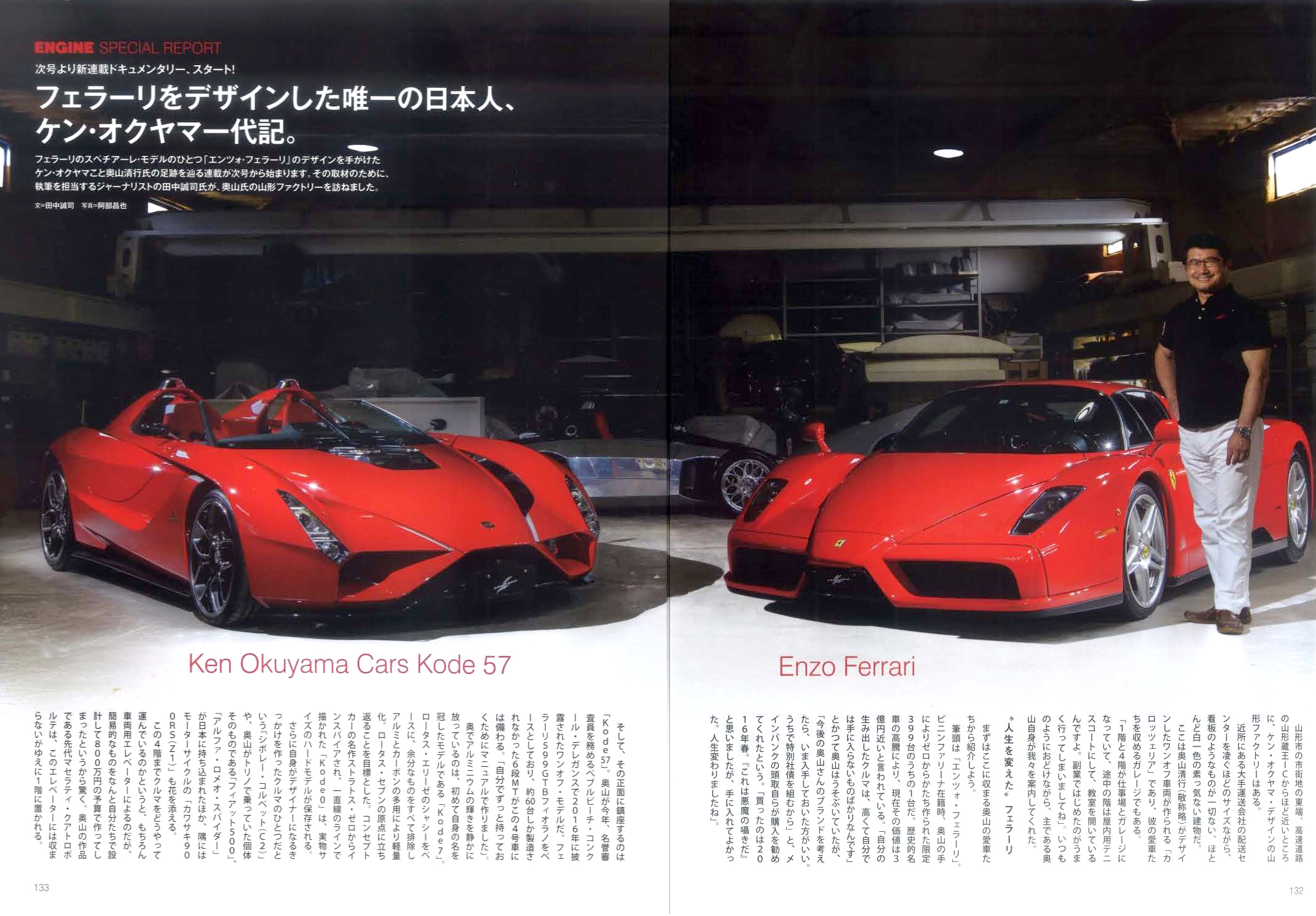 Appearing in the September / October issue of ENGINE, one of Japan’s largest selling car magazines, Ken OKUYAMA was featured in the article, “ENGINE SPECIAL REPORT”. The article introduced many of Ken’s achievements, including the Enzo Ferrari, designed while Ken acted as design director at Pininfarina. The article also touched on the kode57, unveiled at the Quail Motorsports Gathering in 2016, as well as his car collection and Yamagata factory where bespoke cars are built. ENGINE’s next issue will begin a series of articles, “Ken Okuyama, Japan’s Only Ferrari Designer.” We hope you enjoy it.